Posted on January 1, 2013 | Comments Off on Spy drone at Vikings football game?

Looks like security agents were out in full force during the Vikings-Packers game last week at the Metrodome in Minnesota. Attorney Nathan M. Hansen took photographs of a spy drone and the TSA VIPR agents seen below. Why was a surveillance drone sent up to watch football fans? I am in favor of tight security at sporting events because I think it’s just a matter of time before terrorists successfully strike one. That being said, I think the use of spy drones is a bit creepy.

More on the story here.

Related:
Must have fashions for the conspiracy theorist
Drone or mosquito?
Black helicopters in Minneapolis?

Comments Off on Spy drone at Vikings football game?

During Senate testimony in 1975 into illegal activities by the CIA, it was revealed that the agency had developed a dart gun capable of causing a heart attack. The dart from this weapon can penetrate clothing and leave nothing but a tiny red dot on the skin. Apparently the poisonous dart completely disintegrates upon entering the target. Watch her testimony below.

Conspiracy theorists are speculating that Andrew Breitbart may have been the victim of assassination recently. Many suggest that Mark Pittman, a reporter who predicted the financial crisis and exposed Federal Reserve misdoings may have been assassinated with a similar CIA weapon.

It all seems pretty far-fetched and more like a movie plot, but who knows. What do you think?

Posted on January 4, 2012 | Comments Off on The way politics works

The older I get, the more I see how painfully true this is. 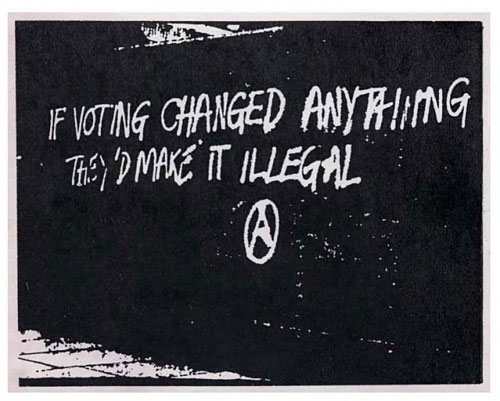 Comments Off on The way politics works

In the news this week

I was happy to hear Adam Carolla step up and highlight the hypocrisy in the media regarding his recent OWS rant. The sooner we realize it exists on the far right AND the far left, the better off we’ll be in this country.

Jonathan Davis, lead singer of the band Korn is not known to speak politically about things, but in a recent interview with Billboard.com, he explains his thinking behind the new track “Illuminati.” He believes that Obama is “an Illuminati puppet” and that maybe this One World Government stuff holds some truth. It seems he doesn’t care what other musicians in the industry think about his conspiracy theory thinking. I respect him for speaking his mind on a fear that more and more regular folks in America have. Not just crazies. 🙂

Live in an apartment or condo that doesn’t allow you to install a satellite dish? Sat+ has created a chair-shaped satellite dish secretly giving you hundreds of channels without being hassled by your landlord. For the time being the Sat Chair looks is only available from European sites for around $325. Maybe Dish or DirectTV will starting making some?

I am finally reading The Girl with the Dragon Tattoo and am really looking forward to the film. Here is an 8 minute trailer if you are interested.

Am I a jerk for being tired of seeing news reports of soldiers return home to surprise a family member? Here’s another one. Like flash mobs of people dancing in the street, these cute (but sappy) reunions are becoming an everyday occurrence.

Albert Pujols thanking God for the obscene amount of money he just got paid.

Albert Pujols agreed to a deal that will pay him $254 million over 10 years to play baseball (a game) for the Angels. I love baseball, but am tired of teams trying to buy championships. Can we please just get a salary cap in place???

Comments Off on In the news this week

Who was “The Umbrella Man”?

Errol Morris makes documentary films. His latest effort only runs 6 minutes and explores a very odd mystery regarding the Kennedy assassination. In the short, Morris interviews Josiah “Tink” Thompson, a former philosophy professor and expert on the JFK assassination. The topic is “The Umbrella Man,” a mysterious character who appears in the Zapruder film of the shooting.

Why is this lone man holding a large black umbrella on a beautiful sunny day? And isn’t it a little suspicious that the shooting starts right as the presidential motorcade passes the mysterious man?

Who was “The Umbrella Man”? Watch the video here.

Comments Off on Who was “The Umbrella Man”?

Posted on November 22, 2011 | Comments Off on JFK assassination conspiracy stuff

It amazes me that more and more info is still coming to light regarding the 1963 JFK assassination.

Was it Oswald? Was it the CIA? Did the Warren Commission cover things up? What about the witnesses in the Book Depository? Did the fatal gunshot came from a “grassy knoll” on Dealey Plaza? I don’t have the time and energy to get into it all here, but there is a lot of great new discussion taking place on these very old questions.

Most feel there is more to this story, and I can’t say that I blame them. If it was a slam dunk case with one shooter (Lee Harvey Oswald), then why did the Government decide to seal the assassination records for 75 years (to 2039)?

Rick Perry is announcing his GOP candidacy for President this Saturday. If you know of the Bilderberg Group and its last conference in Switzerland, this should come as no surprise. According to those trying to keep a close eye on the secret Bilderberger meetings and this Austin News 8 report below, Perry was invited to attend the 2007 conference in Istanbul. Many believe it was at this conference that Perry was presumably vetted for the higher office of presidency in 2012.

Many believe the Bilderberger Group puts its influence behind a presidential candidate from each party who will help the group move its agendas forward. American voters are given the illusion of choice, but in reality, the real decision on who becomes President is made for them. They believe that Bilderberg likes to own both horses in a two horse race for the White House. This is how the powerful elite in the world will always get their way. Whether or not any of this is true, it does appear odd that many other U.S. Presidents have attended Bilderberger conferences prior to being elected. As governor, Clinton attended his first Bilderberg meeting in 1991 and was elected president about a year later. President George W. Bush’s trip to Italy coincided neatly with the 2004 conference in Stresa, Italy. Obama attended the 2008 Bilderberg meeting in Chantilly, Va., just before winning the 2008 Democratic nomination.

Rep. Ron Paul (R-Texas) is one of few on the inside who have openly answered questions regarding the Bilderberg Group and their influence in world politics. Read that here.

Another interesting caveat here is that Newt Gingrich thought to be a member of the Bilderberger Group and the Trilateral Commission. Newt allegedly said he never had participated and never would participate in Bilderberg or Trilateral Commission meetings. One might wonder why his candidacy for President has fallen flat and his entire campaign staff has quit on him. What’s really going on here?

Time will tell if the conspiracy theorists are correct on this one. If Perry wins the Republican nomination for 2012, we may want look a little more closely at who is really pulling the strings. If he doesn’t, then maybe the conspiracy folks are wrong on this issue altogether. Let’s wait and see.