What is a Veteran?

Comments Off on What is a Veteran?

A horrific plane crash on the night of July 17, 1996 killed all 230 people on board TWA Flight 800. Passengers had departed from John F. Kennedy International Airport less than 15 minutes earlier en route to Paris. The long-held “official” conclusion has been that a fuel tank explosion caused the crash.

An experienced pilot named Andrew Danzinger who flew Barack Obama during his 2008 presidential campaign, says that’s not true in a recent article for the NY Daily News.

The bombshell article goes on to say the plane was likely shot down and that the FBI covered it up.

Was it a terrorist attack — a precursor to 9/11, as has been widely suggested — or a U.S. military training exercise gone wrong?

Click here to read more about what he knows about planes, the investigation, and eyewitness accounts.

You can also check out books about the doomed flight. Author Nelson DeMille featured the crash in his 2004 novel Night Fall. An excellent read.

The other costs of freedom

Posted on November 13, 2014 | Comments Off on The other costs of freedom 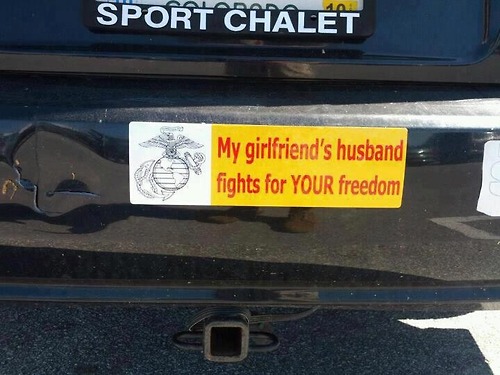 Comments Off on The other costs of freedom

In case you thought it was about a 3-day weekend, BBQ, or the beach 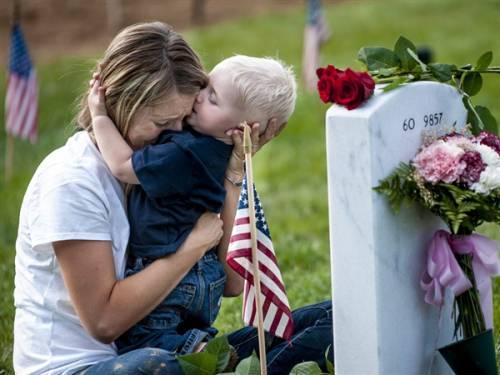 Comments Off on In case you thought it was about a 3-day weekend, BBQ, or the beach

Comments Off on Welcome home Dad

The Navy is not gonna take this well. 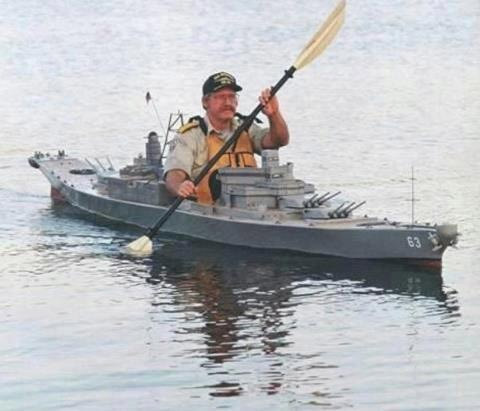 Don’t let hunger happen to you…

Comments Off on Don’t let hunger happen to you…

Posted on February 12, 2013 | Comments Off on Interview with SEAL who killed Osama bin Laden 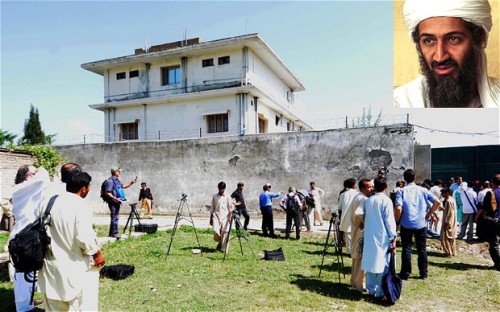 I don’t know how they did it, but Esquire was able to track down and interview the Navy SEAL that waxed Osama bin Laden. Here are some interesting notes pulled from the article.

He joined the Navy at nineteen, after a girl broke his heart. When the recruiter asked him what he wanted to do, he said he “wanted to be a sniper.”
He gave his gun magazine to the female CIA analyst that we all know from the Movie Zero Dark 30. He had only fired 3 rounds. All lethal shots. All at Osama.
The article mentions how other Seal Team 6 members took turns firing a personal shot into the body after he was killed.
After serving 16 years in the Navy, he has nothing. No pension, no health care, and no protection for himself or his family. How is this possible? He’s leaving early, so all coverage stops.
He and his wife are officially separated, but continue to share a house on very friendly, even loving terms, largely to save money.
His wife and kids have trained for emergencies in the home. They have guns and know how to use them.
Out of fear for his family’s safety, and here is the “bolt” bag of clothes, food, and other provisions for the family meant to last them two weeks in hiding.
They are planning on changing their names to protect themselves from would-be attackers.
He’s about to leave the Navy and is in financial hardship, and the government isn’t doing much to help.
He was told that if his name was ever released publicly, his family could be moved into witness protection and he could be given a job driving a beer truck in Milwaukee. Of course, he’d have to cut off all contact from his family and would never see any of them again. He’d lose everything.
His children to not mention bin Laden’s name and that it’s a curse word. Instead they refer to him as “Poopyface”.
They took an Ambien on their way to Afghanistan, first stopping in Germany.
He wrote letters to his kids before the mission in case he didn’t survive. Tears hit the paper as he wrote. He gave the letters to an intel guy not on the mission, with instructions. He would shred them if he made it back.
The last briefing included a story from the movie Hoosiers.
He did the treadmill while they waited for orders from Obama to go. He listened to “Red Nation” by the rapper Game. “It’s about leaving blood on the ground. We were the Red Team and we were going to leave some blood.”
During the copter ride to the compound he counted to a thousand forward and then backwards to pass the time.
He had to pee really bad so he pissed in a water bottle on the chopper. He realized after he shot bin Laden in the face that he still had a bottle of piss in his pocket.
After killing the target he grabbed bin Laden’s son, placed him next to his mother, and washed his face.
He watched the president’s speech about the raid with bin Laden’s body in view while eating a sausage-egg-cheese-and-extra-bacon sandwich.
When an administration official who asked had the kill shot, the actually shooter spoke up and only said “We all did.”
The dog in the raid actually survived being shot in the chest on a previous mission.
When we first started the war in Iraq, SEALS were using Metallica music to soften people up before we interrogated them. “Metallica got wind of this and they said, ‘Hey, please don’t use our music because we don’t want to promote violence.’ “I thought, Dude, you have an album called Kill ‘Em All.“

Comments Off on Interview with SEAL who killed Osama bin Laden

Posted on October 29, 2012 | Comments Off on Sentinels stand strong during hurricane Sandy

Even a hurricane won’t keep the honor guard from the Tomb of the Unknown Soldier in VA this morning.

It is considered one of the highest honors to serve as a Sentinel at the Tomb of the Unknowns. Fewer than 20 percent of all volunteers are accepted for training and of those only a fraction pass training to become full-fledged Tomb Guards. This attrition rate has made the Tomb of the Unknown Soldier Identification Badge the second least-awarded decoration of the United States Military (the first being the Army Astronaut Badge).

The soldier “walking the mat” does not wear rank insignia, so as not to outrank the Unknowns, whatever their ranks may have been. Non-commissioned officers (usually the Relief Commander and Assistant Relief Commanders), do wear insignia of their rank when changing the guard only. They have a separate uniform (without rank) that is worn when they actually guard the Unknowns or are “Posted”.

The duties of the sentinels are not purely ceremonial. The sentinels will confront people who cross the barriers at the tomb, or are disrespectful or loud.

Walking the mat:
There is a meticulous routine which the guard follows when watching over the graves:

This is repeated until the soldier is relieved of duty at the Changing of the Guard.

The mat is usually replaced twice per year: before Memorial Day and before Veterans Day. This is required because of the wear on the rubber mat by the special shoes worn by Tomb Guards. The sentinels have metal plates built into the soles and inner parts of their shoes to allow for a more rugged sole and to give the signature click of the heel during maneuvers. The sentinels wear sunglasses because of the bright reflection from the marble surrounding the Tomb and the Memorial Amphitheater.

On the ground not covered by the mat, a wear pattern in the tile can be seen that corresponds to the precise steps taken during the changing of the guard. On the mat itself, footprints worn in by standing guard are also visible.

Books about the  sentinels.

Books about the unknown soldiers.

Comments Off on Sentinels stand strong during hurricane Sandy

Office with a view

Comments Off on Office with a view