Here is amateur video footage capturing the Texas fertilizer plant explosion in Waco, Texas. Police say between 5 to 15 people were killed and more than 160 have been injured. 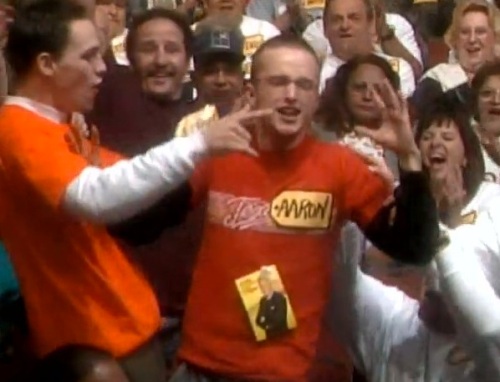 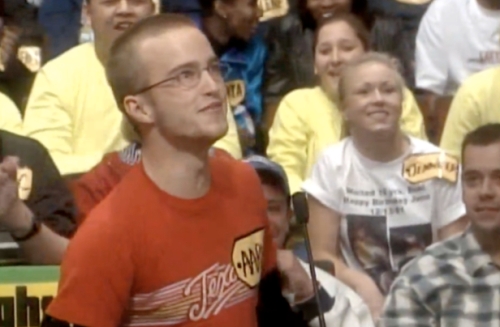 From UPROXX: The Breaking Bad star was on The Tonight Show yesterday, and Jay Leno, in a rare moment of me not hating him, revealed that his production team had dug up 14-year-old footage of Paul, wearing a Texas t-shirt and glasses, freaking out, Pinkman-style, after he was told to “COME ON DOWN…BITCH.” Best of all, as Paul mentioned to Leno, a commercial of his ran during a Price Is Right ad break.

In this video, a Texas judge named William Adams took a belt to his teenage daughter as punishment for using the internet to download (illegally) music and games. The video, the authenticity of which remains unclear, was allegedly made in 2004 by the daughter, who was apparently being punished for using an internet site disapproved of by her parents. Here is the video below. It is hard to watch. You have been warned: this man is PSYCHOTIC, and so is his wife.

There is a new comment of support for this girl appearing every few seconds on YouTube and reddit. This is going to be a huge story within a few hours. Since the video has gone viral, an investigation has started.

Most feel this man is unfit to be a judge. I would like to see this man taken out back and given a good serving of his own medicine.