Now available! Mashed Potatoes From A Slurpee Machine At 7-11 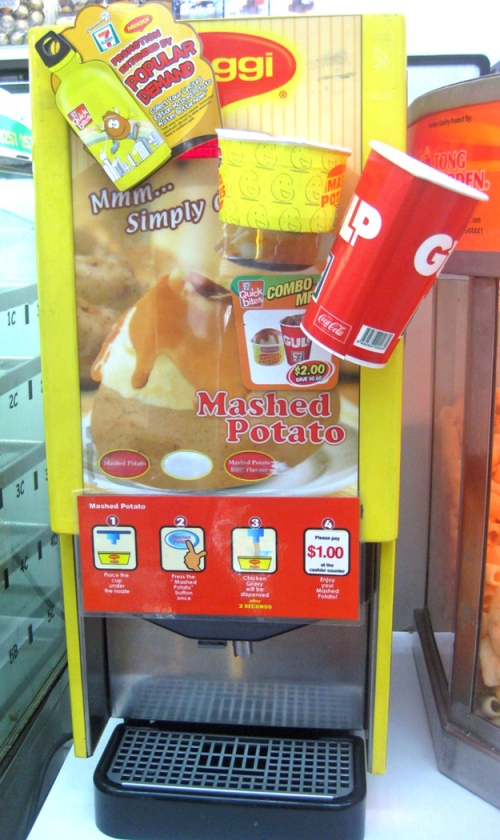 Street art with a message.

(via The Wooster Collective)

Comments Off on Take the stairs

Posted on September 6, 2011 | Comments Off on Suicide by food

Susanne Eman, 32, is trying to become the fattest woman ever. Already 728-pounds, she aims to reach a whopping 1,600 pounds by guzzling more and more food every day. She wants to get into Guinness World Records as the “World’s Heaviest Woman.” The 2012 edition of the book will be released later this month. If you are repulsed by watching this woman kill herself and leave her kids without a mother, then the 2012 edition of Guinness World Records should be left off your Christmas list.

Comments Off on Suicide by food 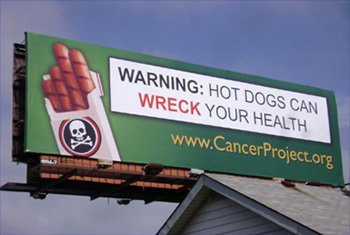 Yes folks, this is happening. The food police are at it again. This time they are erecting billboards near venues that sell a lot of dogs. A billboard, located near the Indianapolis Motor Speedway, from the Cancer Project of the nonprofit Physicians Committee for Responsible Medicine reads, “Warning: Hot Dogs Can Wreck Your Health.” The headline is accompanied by an image of a cigarette pack filled with hot dogs.

So how many packs of hot dogs are you up to per day?