Posted on November 24, 2019 | Comments Off on Minnesota Music: Cory Wong “Today I’m Gonna Get Myself a Real Job”

Minnesotans get especially protective of any talent that originates from our state. We do it with an urgency akin to “calling shotgun,” and quietly hope the artist won’t abandon us when they become famous.

Cory Wong is one of those Minnesota musicians whose star is rising.  He has dropped his second solo album “Motivational Music for the Syncopated Soul” and can been seen as a regular with the “Late Night With Stephen Colbert” band.  A track from the album has him dreaming about quitting the music biz and getting a “real” job so he doesn’t have to worry about “ticket sales or critics or Spotify statistics.” For anyone who isn’t following their passion (or is following it and getting discouraged), this song might just speak to you.

The song ends with the prudent lyric, “And I know I’m not the best, but I know that I can rest, knowing today that I don’t ever need a real job.

If you like “Today I’m Gonna Get Myself a Real Job,” you can purchase it here (affiliate link).

Comments Off on Minnesota Music: Cory Wong “Today I’m Gonna Get Myself a Real Job” 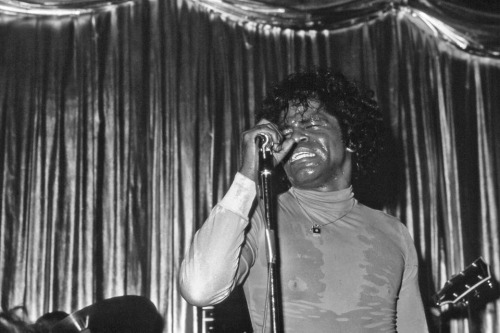 Comments Off on James Brown at the Cabooze, 1982 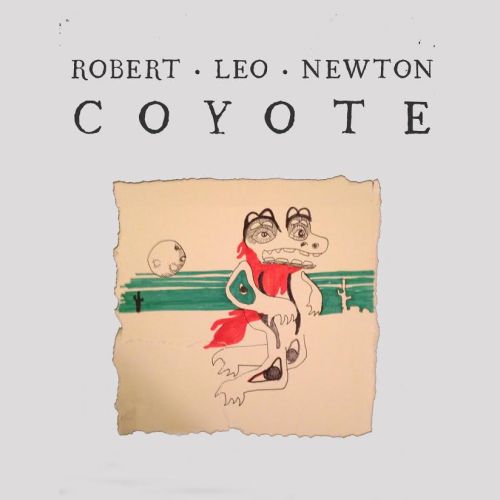 My first impression of Robert Leo Newton’s new CD, Coyote, was that the cover looked like a cross between Paul Simon’s “Graceland” and a Meat Puppets album. Upon examining the case and insert I was expecting to hear a gritty, slightly weird punk album. This wouldn’t necessarily be a bad thing, but I must say I was still pleasantly surprised.

The album opens with a sparse guitar and voice piece, “Let’s Do Something”. It’s a happy go lucky romp that introduces you to the singer. Robert’s voice is a bit of young, slightly nasal baritone that gets a little raspy at times. Halfway through the song the pseudo-psychedelic sound effects kick in. I’m personally not a big fan of Ravi-Shankar space-sitar sounds, but they complement the simple arrangement. The song is short and to the point.

Track two brings a full band into the mix. The grooving rocker “Aint it Great?” gets your foot tapping a little more and exhibits an experienced songwriter with catchy melodies and interesting, if slightly cryptic, lyrical sensibilities. The guitar solo in the middle section of the song lets us know that Mr. Newton isn’t afraid to show off his chops a little bit, and may be a bit of a jazzer. This tune also wraps up promptly and is probably my favorite song on the CD.

Other highlights of the album include “Planted in Sand”, a brooding minor folk ballad with some nice harmonies and intriguing storytelling; “Baby Can’t Play No More”, an acoustic tune with a Latin feel and interesting percussion; and “All The Way” in which Robert croons like some kind of folk-singer version of Jim Morrison.  The album wraps up with another acoustic number complete with spacey sounds and sentimental balladry.

I was impressed to read that Robert played all of the instruments himself on the record. The playing is reserved for the most part, and most of the time the instruments serve the song. Overall, the songwriting is a bit conservative, but genuine and integral. There is a clear love for the American tradition of songwriting tinged with the attitude of Rock and Roll. Audiophiles will likely not be too crazy about the production quality. There were a few times where I had to adjust the volume between tracks and a little extra care for compression would have been nice. The production does not stand in the way of the songs though, and listeners of the indie and punk variety should have no problem.

Coyote is a strong effort by a gifted songwriter and lyricist. With a little more effort put into the audio engineering aspect Mr. Newton has the right tools to craft an exceptional Rock and Roll album, and Coyote is a good taste of what that may be.

His website can be viewed here.
View his video here
Listen on SoundCloud here

Posted on April 24, 2014 | Comments Off on Replacements to play Midway Stadium 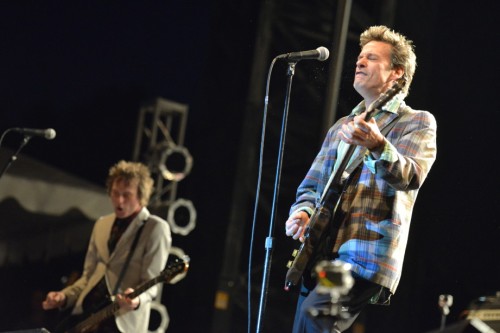 The anticipation is over. The Replacements will play in their hometown. The Midway Stadium show will be the first time in 23 years the band have played live in Minnesota. Their last show in the Twin Cities was February 7, 1991, and played their final show in Chicago on July 4, 1991 before breaking up.

Tickets for the Midway Stadium show are $50 and go on sale at 10 a.m. on Saturday, May 3 through eTix, the Midway box office, and First Avenue ticket outlets.

Comments Off on Replacements to play Midway Stadium

Trip Shakespeare was a Minneapolis-based alternative rock band of the late 1980s/early 1990s. The band included Dan Wilson and John Munson, who would later go on to be founding members of Semisonic.

Across The Universe is an album released by Trip Shakespeare in 1990. It was the band’s first release on A&M Records, the major label that they had signed with earlier in the year.

Calling “Snow Days” “Trip Shakespeare at its best”, Newsday described it as “an eccentric blues about the kind of blizzard that shuts down school…a lovely evocation of childhood in the Minnesota winter.”[11]

“Every time we worked on the song in the studio, it seemed to snow,” bassist John Munson claimed of “Snow Days”. “When we were mixing the song in New York, it snowed there for the first time in years on Thanksgiving,” said Matt Wilson.[12]

With my friends, I always felt a little out of place. I like sports and stuff, but I never quite. … [trails off] Everybody I knew liked to go swimming and fishing and hunting and to football games. I didn’t fit that. I never remember feeling truly comfortable with any of my friends. There was stuff I wanted to tell them that they would laugh at when I tried to explain it. They’d say, ‘Guys don’t talk that way.’ And I was afraid of girls, which is another thing guys aren’t supposed to talk about. So I wrote songs instead.

via Stuff About Minnesota

Get The Replacements music here

Comments Off on The Replacements

Soul Asylum performing “Summer of Drugs” live in Minneapolis on 12/23/05 at First Avenue. Soul Asylum released this song in 1994. It was one of my favorites in high school. You can buy it here.

Michael Bland best known for playing with Prince, is on the drums. Bland now drums for Nick Jonas. Yes, that Nick Jonas.

Minnesotans love to claim Dylan as one of their own. He is, after all, one of our most successful exports. Anyway, Bob Dylan turns 70 years old on May 24th. Rolling Stone has a nice write-up in honor of Dylan and his music. Check it out here.

A 25-year-old University of Minnesota grad Adam Bahner, better known as “Tay Zonday,” climbed the YouTube charts in 2007 and is now being acknowledged for it. Zonday is one of 12 winners of the second annual YouTube Video Awards, recognizing the top user-created videos of 2007. His song and music video “Chocolate Rain” has been viewed over 15 million times. Zonday recorded the video in his Minneapolis living room in a make-shift studio space made of two-by-fours and bed sheets.

If your band’s best gig in the past year was at 11:45 p.m. on a Wednesday at O’Gara’s Garage and you really think that your cover of “Jessie’s Girl” sounds “just like the original,” then you already know you are a no-talent ass-clown and should just unplug everything.

Being in a band is tough. Marketing a band is even harder (at least it was before YouTube and MySpace). But most bands don’t consider the ramifications of their name. A bad name can sink a band. Would you ask your friends to go see The Asbestos Tampons? Do you want your girlfriend to say she’s dating the lead singer of SuperHeavyGoatAss?

Here are some basic rules for creating a band name:
1.) Don’t put the word “Funk” anywhere in the name. You aren’t “funky” despite what that 44-year-old drunk cougar dancing in front of your monitor says.

2.) Don’t use your real name unless you are freakishly good (i.e. Hendrix, Dylan, etc.). We already know you have lead singer disease; we don’t need to know what it’s called. It’s probably not a cool name anyway (ahem… Tim Mahoney). Try modesty. People like that.

3.) Don’t put a number in your band name because you think 3 Doors Down rocks. It worked for 311, Matchbox 20, 3rd Eye Blind, etc. but they are the exception. Numbers are retarded. Don’t do it.

4.) Don’t try to be clever and do a play on words. Examples of this unoriginal douschebaggery include, Statutory Grape, Chevy Metal, and Clusterfunk (they get a double word score on ass Scrabble). The only exception here was a  band back in the day called REO Speedealer. They were cool, but I don’t think they cared about getting “big.”

So you get the idea. A list of the newest worst real band names  was published recently by the Onion A.V. Club. Check it out.

Share with us some bad Minnesota band names. Got a rule for naming a band? Let’s hear that too.