Bryant McKinnie’s bar tab and other things that cost $100k

Posted on February 22, 2011 | Comments Off on Bryant McKinnie’s bar tab and other things that cost $100k 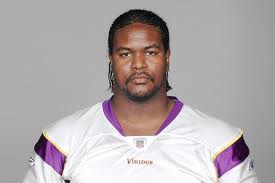 It was revealed the other day that Minnesota Vikings tackle Bryant McKinnie partied down with celebs at a posh Hollywood nightclub recently. The bar tab? $100k. I couldn’t imagine spending that kind of money even if I had it, but to each their own, right?

Lets take a look at other things with a $100k price tag.