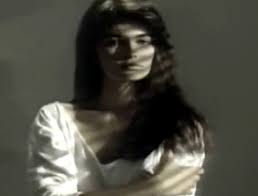 “Drive” is a 1984 song by the Cars, the third single from the band’s Heartbeat City album released in March 1984 and their biggest international hit. Written by the late Ric Ocasek, the track was actually sung by bassist Benjamin Orr.

Comments Off on Monday Music Rewind: The Cars – Drive

“Break My Stride” is a song performed by American recording artist Matthew Wilder. It was released in 1983 as the lead single from his debut album, I Don’t Speak the Language, and became a major hit single for him in 1983 and 1984.

Despite the downturn in his solo career after this song, Wilder continued his career in the music industry as a songwriter and as a record producer for such acts as No Doubt (the hit album Tragic Kingdom), 702, Christina Aguilera, Kelly Clarkson, Miley Cyrus on her Hannah Montana song “G.N.O. (Girls Night Out)”

Comments Off on Extinct Lion

The Jesus and Mary Chain are a Scottish alternative rock band formed in East Kilbride, Glasgow in 1983. The band revolves around the songwriting partnership of brothers Jim and William Reid. They released a string of albums, singles and EPs between their 1983 formation and their 1999 breakup, and gained notoriety in their early days for short sets and violence that became common at their live shows. In 2007, the band reunited.

They said they got their name from a line in a Bing Crosby film, although six months later they admitted that this wasn’t true. Other accounts suggest that the name derived from an offer on a breakfast cereal packet, where customers could send off for a gold Jesus & Mary chain.

“Head On” is a song written by Jim Reid and William Reid of the Scottish alternative rock band The Jesus and Mary Chain, originally recorded for their 1989 album Automatic. It was released as a single in November 1989. Buy it here. 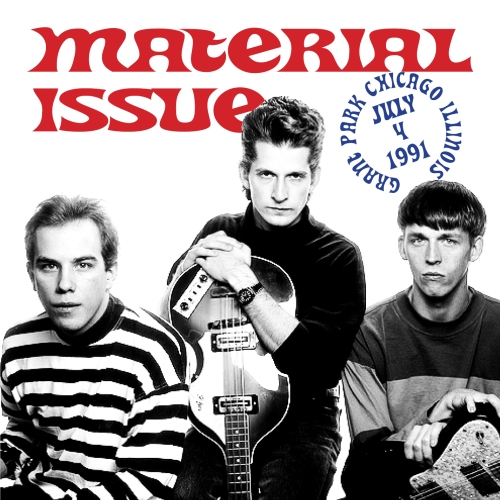 The band Material Issue formed in 1985. In early 1991, Material Issue broke onto the national scene with their debut album International Pop Overthrow (IPO) which sold over 300,000 copies. In the summer of 1995 the band co-headlined the first Edgefest in Somerset, Wisconsin (named for its sponsor, Minneapolis alternative radio station 93.7 The Edge). Material Issue was the brainchild of frontman Jim Ellison, who also played guitar, sang lead vocals, and wrote most Material Issue songs. The band came to a tragic and sudden end when Ellison committed suicide on June 20, 1996 by carbon monoxide poisoning in his garage. No one knows for sure why he did it but the loss of their record label in 1995 as well as an end to a long term relationship were rumored to be contributing factors. A suicide note was found by police, but the contents of that note remain known only to Ellison’s family. Because of this suicide, we may never know what this band could have accomplished. Here are two of my favorite songs from the Modern Rock era that Material Issue gave us. Buy them here.

Take me down to the Paradise City where the music was good and not as shitty. I miss the 80s. Listen to the Guns N’ Roses song here. 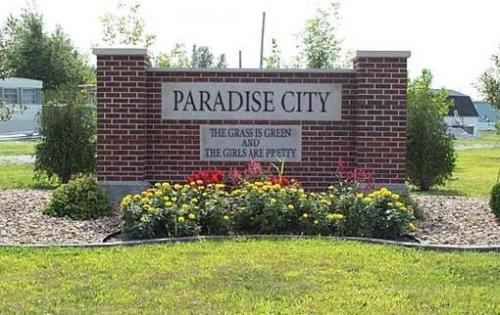 Gino Vannelli is a Canadian singer probably best known for the song “Wild Horses.” It was released in 1987 on the album Big Dreamers Never Sleep and also on a 2006 album release called These Are the Days.

Gino Vannelli lives and works in Amersfoort, Netherlands and in the United States. 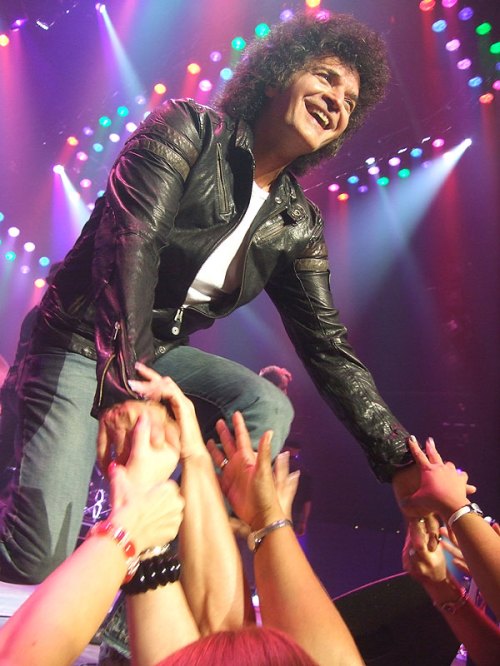 When Christopher Cross sings “Sailing,” I get it…

I never realized that Chris looked like a starting left tackle for my high school football team. Do you think God has this song on his iPod?