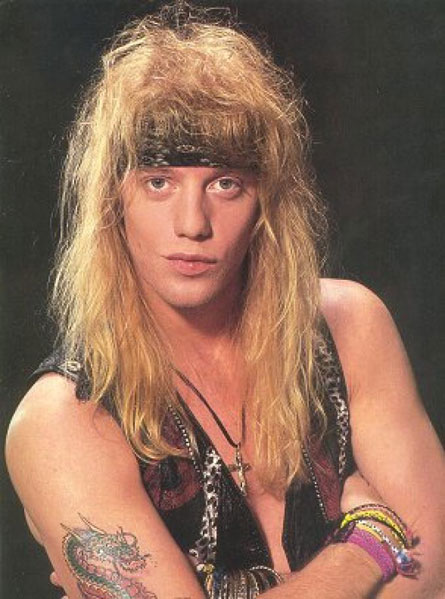 Jani Lane, the once energetic blond lead singer and songwriter for heavy metal band Warrant, has been found dead in a Los Angeles motel room, police said. He was 47.

According to TMZ.com, investigators found a half-empty bottle of vodka and prescription medication in the hotel room.

Warrant announced back in September 2008 that it was splitting with Lane six months after the band reunited with the troubled vocalist.

A little part of my junior high years died today. Chuck Klosterman wrote a a good piece on him here.

My favorite songs by them in order:
Sometimes She Cries
Heaven
Uncle Tom’S Cabin
I Saw Red