In 1998, the industry was celebrating the 20th anniversary of John Carpenter’s Halloween and released something truly special for the fans of the film. If you happened to wander into a Suncoast video store, you may have stumbled upon this limited edition 20th Anniversary Commemorative Halloween “blood” globe. Seriously… Suncoast video stores were a real godsend to horror movie fanatics like myself back in the day. Their horror sections were always filled with movies that no other stores carried, and they also had a knack for selling some great monster toys too. You can still buy them here. 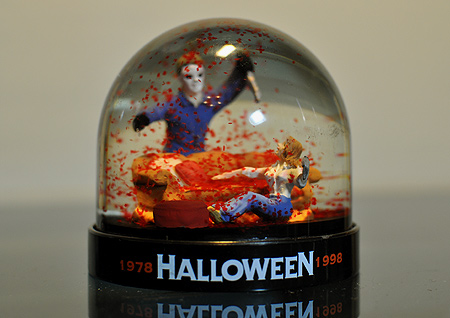