The May issue of TIME

The latest cover of TIME Magazine has stirred a debate among mothers on how to parent. It has also likely been stolen from Mom by countless 13 year-old boys in America who will severely crinkled it. The topic discussed is one I had not heard of before – “Attachment parenting.” Attachment parenting has been on the rise over the last two decades, since the publication of The Baby Book by Dr. Bill Sears and his wife, Martha, in 1992. Its three main tenets are extended breast-feeding, co-sleeping and “baby wearing,” in which infants are physically attached to their parents by slings.

The most controversial activity appears to be extended breastfeeding. Some mothers are breastfeeding kids way past the age where society says it’s okay. As a soon-to-be parent, I am curious to see what all of you think about this? How old is too old? What about some of these other topics? Oh, and should we feed our baby like Alicia Silverstone does? Only kidding. 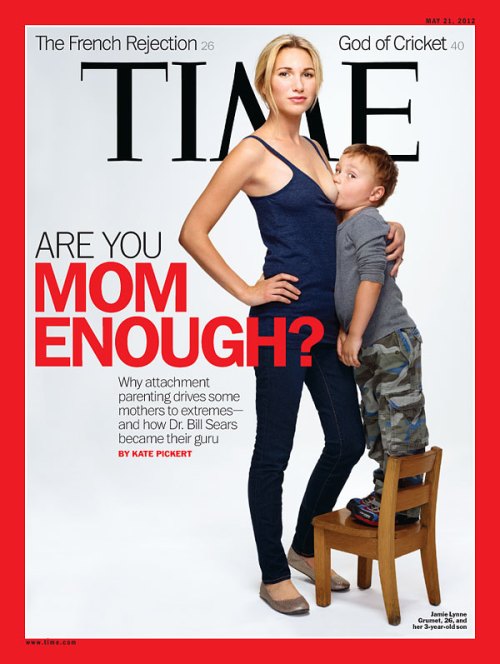 2 responses to “The May issue of TIME”