Posted on May 7, 2015 | Comments Off on Adam Levine attacked outside ‘Jimmy Kimmel Live’

The Maroon 5 frontman was greeting fans outside of Jimmy Kimmel’s studio on Wednesday when attacker got all sweet on him. Levine was not harmed, but I am sure he was regretting the decision to title his latest single “Sugar.” The man was arrested. It’s unclear what the suger pitcher’s motivations were, but he has done this before. Hollywood police said he is a repeat offender having recently thrown a rock at Dwayne “The Rock” Johnson last week. I guess this idiot loves puns. Maybe we can get him to throw a wrecking ball at Miley Cyrus? 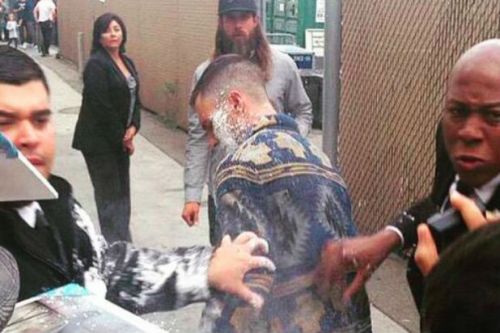 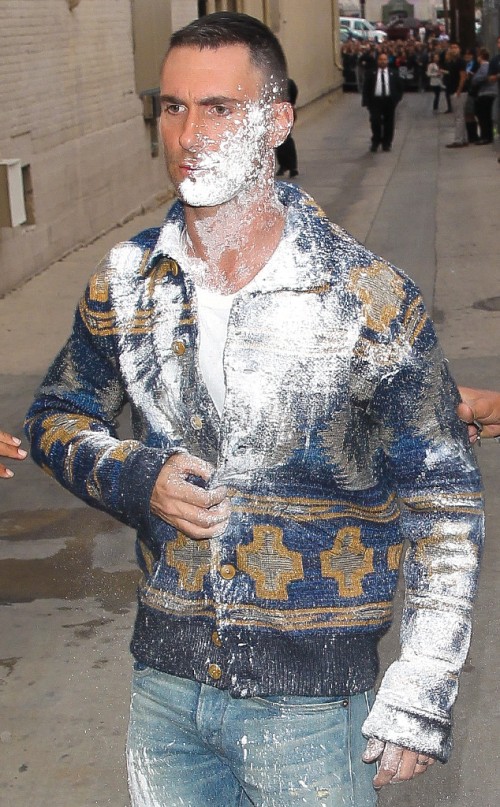 Comments Off on Adam Levine attacked outside ‘Jimmy Kimmel Live’