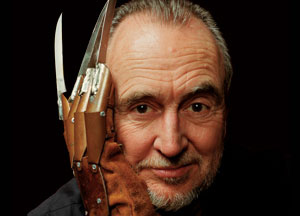 Known for the “Scream” films, “Nightmare on Elm Street” and more, died Sunday in his Los Angeles home of brain cancer. He was 76.

Craven’s first feature was “The Last House on the Left,” which he wrote, directed an edited in 1972. He also wrote and directed “A Nightmare on Elm Street,” with Johnny Depp, in 1984, as well as “Elm Street II.” Craven claimed to have gotten the idea for Elm Street when living next to a cemetery on a street of that name when growing up in the suburbs of Cleveland. According to Wes Craven, it is not what is “out there” we should worry about, but the “unknown familiar”. Which explains why the striped-jumper worn by Freddy Krueger in Nightmare On Elm Street can make him appear as the more familiar Dennis the Menace. When you consider that Krueger was based on a child who bullied Craven, the spine begins to tingle.

Worldwide success came again in 1996 with the release of the always-winking comedic horror Scream, which had as big an impact on the modern horror scene as Nightmare did, and tons of movies tried to copy the slick direction, twisty plot and genre-based gags. The first scene in Scream was changed seven times before it got an R rating.

His most recent film was 2010’s “My Soul to Take,” starring Neve Campbell, Courteney Cox and David Arquette, Emma Roberts and Hayden Pannetierre.

Horror movie fans lost one of the great ones today.

What was your favorite Wes Craven creation?