Guy claims he found a brain inside his KFC chicken

Posted on January 8, 2013 | Comments Off on Guy claims he found a brain inside his KFC chicken

A teenager in England claims there was a “brain” inside the chicken he was eating at a KFC. See below. 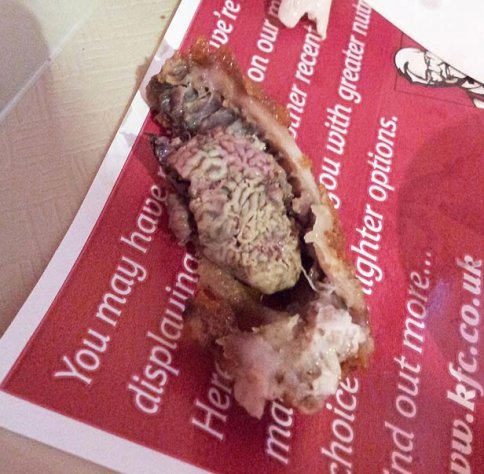 Ibrahim Langoo posted the stomach-churning photo on his Facebook account last month of what he found in his chicken.

For its part, KFC disputes that it was a brain. “Although we haven’t received the product, it appears from a photograph that unfortunately on this occasion a kidney, and not a brain as claimed, was not removed in the preparation process.”

Pretty sure I won’t be doubling down at KFC anytime soon.

Related:
The 10 most disgusting foods