Could the Minnesota Twins go from worst to first like they did in 1991?

How can politicians and business leaders from around the world meet in secrecy at a Swiss resort this past weekend and it not be covered by the mainstream media? See leaked Bilderberg list.

Do supporters of gay marriage in Minnesota realize that boycotting the Basillica Block Party would only take away money from the homeless?

If home daycare providers form a union and decide to go on strike, who would they bargain with? They are self-employed! (news story) 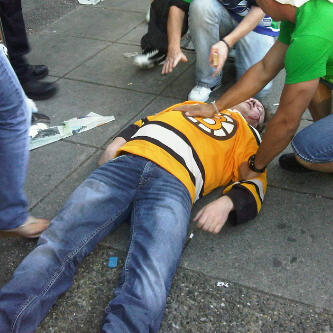 I am seriously considering not wearing a team jersey if I am watching a sporting event in a different city. With Bruins fans being stabbed in Vancouver and Giants fans being beaten in Los Angeles, I think I’ll dress a little more inconspicuously.

Comments Off on I’ve been thinking (Chapter 1)…