Completed in 1941, Mount Rushmore received its first cleaning in the summer of 2005. The 60-foot-tall granite faces of four American presidents were blasted with highly pressurized 150-degree water, which caused all the dirt, grime, and moss that had accumulated to fall away.

About time! Washington has some serious adult acne and Roosevelt’s has a bat in the cave.
via 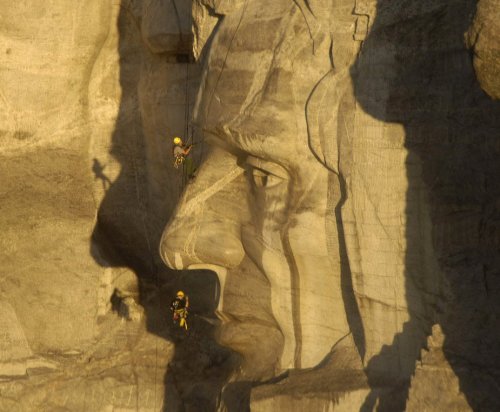