Posted on November 9, 2015 | Comments Off on “Leatherface” from The Texas Chainsaw Massacre dies 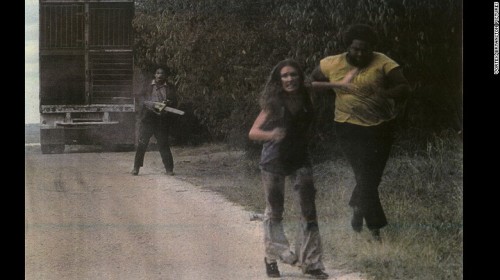 The Icelandic-born actor was an unknown graduate student in Texas when director Tobe Hooper cast him in the low-budget horror film, which became a cult hit and spawned three sequels, two remakes and a prequel.

Hansen died Saturday evening of pancreatic cancer at his home in Northeast Harbor, Maine, according to his agent, Mike Eisenstadt, who described Hansen’s “Chainsaw” character as “one of the most iconic evil figures in the history of cinema.”
(More from CNN)

Gunnar Hansen in 2004 at his home in Northeast Harbor, Maine. (CNN)