Subway Eat Fresh! A guy named Matt Jones and his friend Jay were visiting a Subway in LINCOLN CITY, Ore and got an extra topping. A dead rodent. Jay got a dead mouse mixed in with the spinach Subway added to his sub. Obviously they were completely grossed out. Subway immediately took care of the guys and alerted health authorities. An investigation determined there was no rodent problem with the Subway store and that the mouse came sealed in a bag of spinach.

Here is a photo. 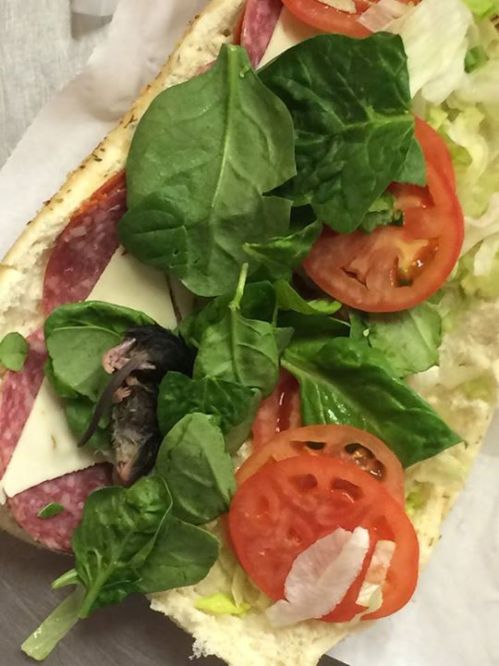 Thanks Brooke for the story tip.