Family flees home after creepy letters from ‘The Watcher’ 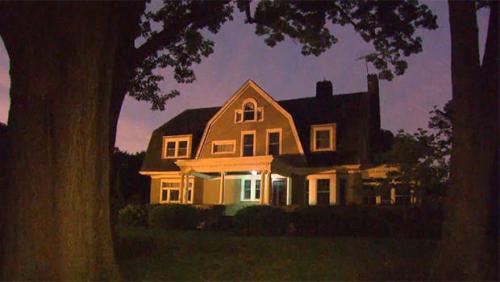 Derek and Maria Broaddus of Westfield, New Jersey thought they bought their dream home. But after the down payment, their dreams started to go downhill.

A couple says they were forced out of their dream house after receiving threatening letters from someone who goes by an ominous name: “The Watcher.”

The first letter was received on June 5, 2014 — just three days after the family closed on their 1.3 million dollar home.

The next letter said: “Have they found what is in the walls yet? In time they will … I am pleased to know your names now and the name of the young blood you have brought to me.”

“Who has the bedrooms, facing the street? I’ll know as soon as you move in,” the letter continued. “It will help me to know who is in which bedroom then I can plan better.”

The family was so terrified by the ominous letters that they refused to move into their new home, located on 657 Boulevard in Westfield. The couple attempted to sell the house, but potential buyers were purportedly scared off.

Derek and Maria Broaddus claim that the former owners knew of the threats and should have disclosed the strange stalker’s claim of ownership of the home.

According to the suit, the “plaintiffs have been consumed daily by stress, anxiety, and fear regarding what ‘The Watcher’ will do.”

What do you think is going on?