Is This the Worst Death Scene in Movie History?

Posted on September 27, 2012 | Comments Off on Is This the Worst Death Scene in Movie History? 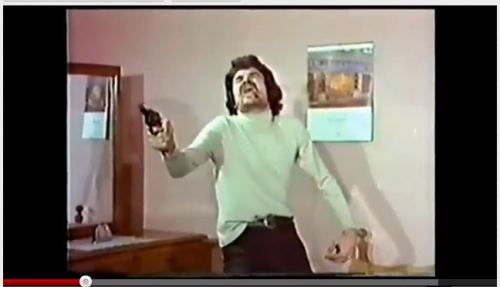 The 1974 film from Turkey is called ‘Kareteci Kiz’ (Karate Girl) and it follows the story of a young girl who becomes a policewoman and seeks revenge against criminals who murdered her father and husband.

In this clip, the protagonist uses poorly choreographed karate and an obvious prop gun to take down a baddie with a ‘stache that would give Tom Selleck a boner.

Time to push this one to the top of the Netflix queue.